had a fun time in vegas last weekend. watched some football, ate some good food, hung out with a group of awesome folks, and didn't lose much gambling (less than $200) so all good.

been grinding hard so far this week (10k hands in two days) and it's paid off to the tune of a couple of nice cashes. I've also been goofing around playing rush poker on ftp. the game itself is tons of fun and lets me play a stress free laggy style. I get to try and own people which is always fun. but the counter is that i think it's actually bad for the game long run. It is taking the ability to get reads (via notes huds etc) out of the equation and also forcing the games to play at lower stakes and extremely fast. So it is taking some weapons out of good players hands while raking the games at 4x the rate. I mean the rake in these games is just astounding. the upside is that it hurts the bottom line of bumhunters (guys who seak out large losing players and will only play with them) who are the riviled scum of the poker world. these guys are hated by pros and amateurs alike and the rush games force them to play with whomever comes to their tables.

so my hope is that if ftp keeps pushing rush tables that they at least bring them to midstakes and consider lowering the rake. what i'd actually like to see is rush PLO because I've been messing around in that game and that would be a way to quickly get in a bunch of hands and get a feel for the game.

while I may not be totally sold on rush poker, I am totally sold on ftp increasing the minimum buy-in for their standard tables. It has virtually eliminated the shortstacker problem and has made the games immeasurably more fun. It probably saved some customers like me who were seriously considering moving most of their play to stars, whereas now I'll likely split time between the sites.

not a ton of other stuff going on. my grandpa has been in and out of the hospital and is back in today and things aren't looking good. I'm hoping that he is able to pull out of it, though I know with as many health problems as he has the clock is ticking. I'm really concerned for what is going to happen to my grandma if and when his time comes since she has pretty bad alzheimers and really struggles without him around. hopefully he'll pull out of it, and maybe if he can make it to spring the weather will warm up and kind of revive him a little.

here's a pic. I need to take some new ones for 2010, just haven't really been messing with my camera much. 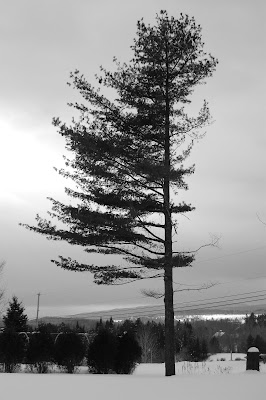