that's what I've been doing lately. luckily I've pretty much broken even this week despite the fact that I'm stinking up the joint at the tables.

oh well, tomorrow is another day.
Posted by Jim Perry at 11:38 PM 2 comments:

decided to take a day off after logging +30 hours in the last 5 days. Played 9 holes of golf at 6am (shot a legit 40 my best 9 of the summer), then made espresso and brunch around 11am. Took a little nap until about 4pm. Woke up and showered and cleaned the kitchen. Then I browsed the forums, watched a little tv, and made some dinner. Dinner was a NY strip, baked potato, carrots and tomato, and a glass of red wine. I did a pretty awesome job on the steak and it was tasty despite not being a fantastic cut (a little bit of gristle in the middle was disappointing). I did manage to set off our smoke detector though because I was cooking it in a pan with butter and when I put the steak on I got a lot of smoke. oh well, hard to make a good meal without a little smoke.

now I'm drinking a glass of scotch, relaxing and getting ready for an early turn in. Looking forward to getting up tomorrow and either golfing or running before I get my friday pokering on. Saturday is a group trip for a late lobster lunch in Maine, so that should be fun.

poker has been a grind lately. I'm making money, but it's constantly up and down. Games aren't great so I'd say that has a lot to do with it. I do feel like I'm starting to finally be a competent HU player. we'll see if that holds.

-10 BI night in 4 hours last night. games weren't good, I made some bad mistakes, and I was getting coolered quite a bit. Oh well still doing ok for the month and getting back into the grinding groove.

time to get some breakfast, coffee, and get on my grind.
Posted by Jim Perry at 2:08 PM No comments:

basically got bounced in the FTOPs when I reshoved 20bb effective on a BB restealer from the CO with 55 and he snapped AA. I effed this up because he was a new player at the table that had just sat, but my HUD hadn't updated and I didn't realize it because I had 16 tables of cash going at the same time. then I shoved my 9bb stack over a LAGs MP open with AJo and he snapped with 53s (ldo) and obviously binked the flop and rivered a straight. So that took about 2.5 hours, and I was up about 1k playing cash at that point. Which felt really good because I had started out dropping about 4BI in about 20 min with some close plays early in the session.

But the games were great, and I was in the groove so I kept grinding, and 3 hours later I was up about 5.5k and decided to call it a day. Basically everything was going my way, my reads were good, and I was playing my A game. The poker gods really helped me out, but it also make a huge difference when you've been playing a ton lately and actually feel like your game is sharp. this weekend is the most I've played in well over a month and the first time in a long time I can say I felt my game was really sharp and I was owning people.

that being said I had a few frustratingly weak river plays where I could have put in value raises, but I was scared of the nuts. This is pretty much a terrible mindset in 6max, and I almost never have that problem in shorthanded games. but these situations were FR, and most FR regs are so nitty that when I pop them on the river they rarely call without the nuts. so when I get to the river and I know my hand is ahead of their range because I've slowplayed or binked or whatever I don't always have a cut and dry raise. because their b/c'ing range is dramatically tighter than their b/f'ing range. So I kept getting frustrated because I had river spots where I'd want to shove and I'd start thinking about combos and just figured there were more combos of nuts that would call than worse value hands and I just called. I felt pretty weak, but I think they weren't huge mistakes if they were mistakes at all.

that's a lot of poker stuff, and sorry if you don't understand all of it, but the grinders will get it.

we got bounced in the first round of the baseball playoffs. it was especially frustrating because our entire team believed we were better than our opponents. we won the first game and then lost 3 straight. we didn't hit well for the last 3 games, and our pitching was decent but not great. mostly it was mental mistakes in the field both from our pitchers and fielders. in general I just look at it as bad variance. We were one of the best teams in the league, and when everything was going our way down the stretch we went 9-2 and captured first place in the regular season. But then things start going against you in the playoffs and suddenly you go from being the best team in the league to looking very mediocre.

overall the season was good. we bounced back well from last years catastrophe, and my arm finally started feeling normal towards the end of the year. I had to quit lifting weights, and I've lost over 10 lbs during the season because I couldn't lift. But my velocity got back to upper 80s (I think I popped 90 a few times), I gained control of my pitches, and I finally got my splitter looking nasty by the end of the season. I also worked a little on a cutter and am getting closer and closer to having my slider back. I think next year I can be the most dominant pitcher in the league if I put the work in, and I plan to.

other stuff, currently enjoying shopping at giltman.com every once in awhile. really nice clothes and stuff at great prices. plus they ship from MA so I get it in like a day, and their customer service and return policy are awesome. if you want to sign up for them hit me up in the comments and I'll send you a link and I get a free $25. don't know if you get anything, but hey reading this post has got to have been worth hooking me up, right? ;-)


and back to playing golf.

wedding planning is keeping me busy.

piz
Posted by Jim Perry at 3:56 PM No comments:

too tired to get back to blogging, but I'll post a graph. long long night... 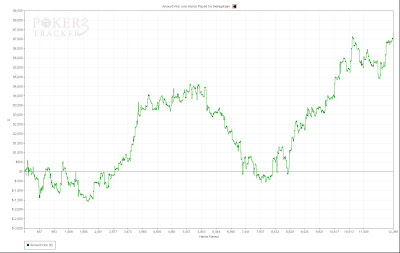